I Am A: Lawful Good Elf Paladin Ranger

Alignment:
Lawful Good characters are the epitome of all that is just and good. They believe in order and governments that work for the benefit of all, and generally do not mind doing direct work to further their beliefs.

Race:
Elves are the eldest of all races, although they are generally a bit smaller than humans. They are generally well-cultured, artistic, easy-going, and because of their long lives, unconcerned with day-to-day activities that other races frequently concern themselves with. Elves are, effectively, immortal, although they can be killed. After a thousand years or so, they simply pass on to the next plane of existance.

Primary Class:
Paladins are the Holy Warriors. They have been chosen by a God/dess to be their representative on Earth, and must follow the code of that deity, or risk severe penalties. They tend towards being righteous, but not generally to excess.

Secondary Class:
Rangers are the defenders of nature and the elements. The…
Post a Comment
Read more

- December 26, 2005
I spent my last hours before Christmas watching the Lord of the Rings Trilogy. Thank you Flordelissa Taroma for giving me that wonderful gift. Ang galing galing mo.

This afternoon I was so determined to buy a book. The book that contains the whole novel series of C.S. Lewis's Chronicles of Narnia.

I have seen this book months earlier on A Different Bookstore at Eastwood. I thought that this book will still be available for me until last Friday. Alas, all was sold out.

Thinking that National Bookstore at SM Fairview or Robinson have this book, I spent almost 4 hours this afternoon searching in the bookshelves. Still there is no luck.

Why does the odds turns against me? Anyway, out of my frustration I bought Artemis Fowl - instead hoping that this book will cheer me up for a while.

Chronicles of Narnia. I am not yet giving up on you.

I didn't know what came into me.

- December 11, 2005
We were asked to moved to the other room because there will be a meeting. After moving to the other place, I saw that the chairs available there is not enough. So I borrowed a chair. Later, I found out that pencil is nowhere to be found.

ELMER:  Sono  enpitsu wa  dare no desu ka.
(Whose pencil is that.)

SENSEI ALFRED:  Dare no enpitsu  desu ka.
(Whose pencil is this.)

Not hearing the voice of my teacher.

ELMER: Watashi no desu. Arigato Gozaimasu.
(It's mine. Thank you very much.)

I have been waiting for the official release of Firefox 1.5 and finally it is out for everyone to download.

It has been awarded the best Web browser and ranked first on the Best Products of 2005 of PC World.

This is what you get when you let your parents attend a Family Day.  :p 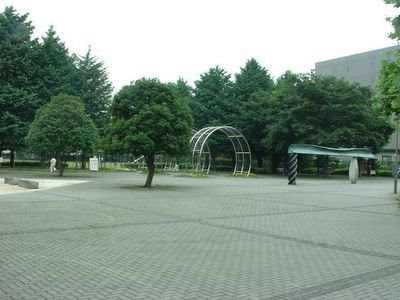 Hello it's been a while, here are some of my old pictures. My friend Franz reminded me of my blog.

This is hosted by Zoto. 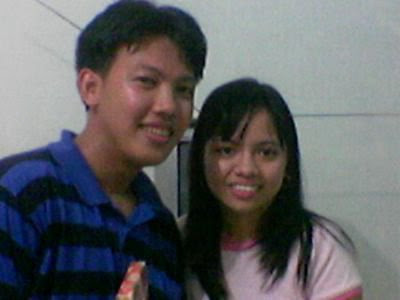 I have created a new photo blog. 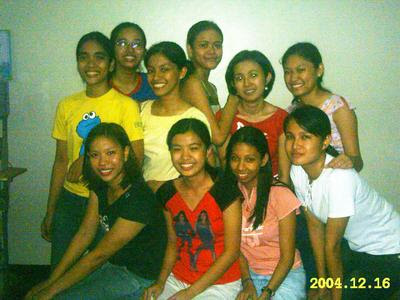